1. To rouse from sleep; awaken.
2. To stir, as from a dormant or inactive condition; rouse: wake old animosities.
3. To make aware of; alert: The shocking revelations finally woke me to the facts of the matter.
4.
a. To keep a vigil over.
b. To hold a wake over.

It’s when something jolts you out of your stupor, achingly disrupts your otherwise redundant daily activities and you keep yourself from screaming your lungs out from the disorientation and shock from the knowledge and realization that, at least, the reality of temporary existence is absolutely inevitable.

No, it’s not that you have been in a hedonistic state of living, but caught up with the race, work, family, current events, well connected but disconnected, these are times when you step back and look at what we have become, or where we have come to. Or just plain slack jawed at what transpired. 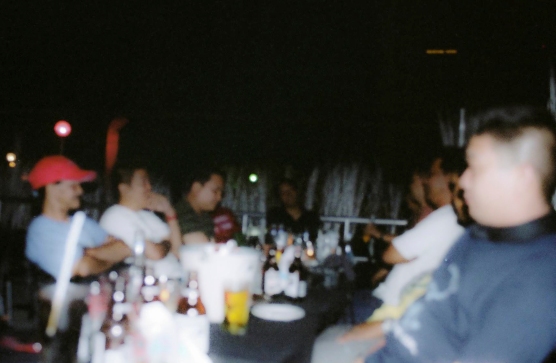 1. A watch; a vigil.
2. A watch over the body of a deceased person before burial, sometimes accompanied by festivity. Also called regionally viewing.
3. wakes (used with a sing. or pl. verb) Chiefly British
a. A parish festival held annually, often in honor of a patron saint.
b. An annual vacation.
One digs deeper with this feeling of loss, of finality, of severance.  A definition suggests a watch, a vigil, and I concur, this life is all about standing watch over those you hold dear. And the acceptance of holding the candle being passed unto you.  Even from someone you hardly know. As I look back, the passing of my own mother, whom I never got the chance to talk to while still alive and
feisty, caring and loving. The death of my mother in law, literally in my arms. An aunt. A childhood friend who got hacked to pieces in the mountains. A kindred spirit and probably the closest I could get for a sister,  bound, gagged, stabbed more than I could understand, lying lifeless and bloody in our apartment.  And just recently, an artist whom I would like to emulate. I’d rather celebrate their lives than skulk in a dark corner.
Wake n.
1. The visible track of turbulence left by something moving through water: the wake of a ship.
2. A track, course, or condition left behind something that has passed: The war left destruction and famine in its wake.

in the wake of
1. Following directly on.
2. In the aftermath of; as a consequence of.
So what now? Those of us who are left behind? Will we shed tear and mourn and grief ? Is it too hard to understand that their course has ended but ours is just turning a new corner? It’s not about death really, but a leap of faith, to go on without them. To burn the bridge in the dark and let the flames light the way on the path ahead. Will we crumble with what’s left or  build something from the remnants, of the ruin, from the ashes.
Ina. Mama. Popert. Raldies. Mamu.
Tirong.
He knows about Angela.
ANGELA DON’T GO AND LEAVE ME TONIGHT (LEAVE ME TONIGHT),
ANGELA PLEASE BE WITH ME (ANGELA),
ANGELA DON’T EVER WALK THROUGH MY LIFE (WALK THROUGH MY LIFE),
ANGELA PLEASE BE WITH ME, CAUSE I LOVE YOU.
He  even commented, in one of those short banters we had the time to indulge in, that the chorus sounded too juvenile. I guess he was right. Too much weight on the loss. Too much ” what will I do without you” sort of sentiment.
They will never pass this way again. But it would be nice if they could see that we are holding up good and doing the best we can. The longing line from the song may even sound romantic and remorseful, but it just won’t  do to stay in that train of thought.
I’m saying goodbye without looking. Probably for the best. The rains keep coming. Probably the sign of his passing, and all those that went before him.
Move along.