Because I lived those days. I was in the middle of it. I knew what was happening and we were ecstatic about something we do not fully understand. All we know was the tyrant in Malacanang is finally being deposed, and that a new era of hope was being ushered in by the people. My feeble comprehension only reaches as far as getting to class without fear of sniffing tear gas around Mendiola, or being mistaken for a radical protester along Recto. At the time, a yellow ribbon meant something.  And that Cory, along with Doy maybe the start of something  that will unite the country, bridge the gap between rich and poor, stop the senseless war in Mindanao, and pave the way for a true archipelagic state, closer to the utopian society my professor was adamantly discussing in our Humanities class.

It was somehow kickstarted with Ramos and Enrile, the tough military hands of Marcos turning against him and Ver, but we were yet to know then because television and radio can only guess what was unfolding. With what was only shown on tv, we saw pictures of the manly Honasan, or at least images of him leading the elite group of the new breed of heroes. I had to visit my uncle, then a Major in the Philippine Army and was aghast at the yellow pin I had on my fatigue vest ( he gave that vest to me) and was told, in a very forceful manner that under no circumstances am I going to leave the camp with the yellow pin on it. He was fuming mad, but apparently not at me since he was sporting a white arm band.

And when I got back to Lincallo Street a small alley connected to Legarda in San Miguel, Mendiola is already devoid of students, most have taken to closing their doors and windows, in our rented rooms, and boarding houses, and it was a kind of euphoric expectation that somewhere, somehow, the palace is going to fall.

And we were so sure everything is gonna be alright, just like Bob Marley says.

Or so we thought. 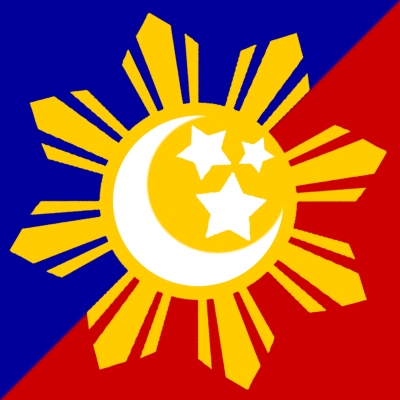 30 years is along time to stay  deluded to the concept of liberation from oppression. Epifanio Delos Santos Avenue witnessed an event that could have been bloody and turned out to be the something worthy of getting down in history. The standing ovations they gave Cory when she addressed the US Congress, the irrational name-changing of Manila International Airport into NAIA, the ugly statue in Makati. What are all these things for?

I could have sworn there was a hint of hope somewhere back then.

30 odd years, never have I celebrated EDSA. Because all I see are ghosts.

Just a vestige of something that might have been. We owe it to ourselves to choose better leaders, yet every election we get the same names, the same families, the same treatment.

And we watch the same lame ceremonies on tv nowadays. Only now we get livestreaming on the web.

Mindanao has drifted farther, Visayas is still slumped and Luzon, well Luzon is doing well if the mushroom like appearance of Condominium Buildings are to be the gauge of its pomposity only equal to the Houses it accommodates.

I mean , really , people, what is there to celebrate?