First of all, things would not have come to this sort of venting online if anyone of you in the high management had learned to talk. Well, of course you talk a lot, just not the words people need to hear. Want and need has very different meanings, I assumed since you are in the industry of publishing books.

Not just books, mind you, but values books. Literature that is aimed specifically at teaching children the meaning of the word, nestled neatly among others such as honor, understanding, humility, rationality, spirituality and being assertive. All of which are very commendable indeed.

Oh, the pep speeches were even better, how you won’t stand for mediocrity, how you expect people to share the same enthusiasm as you have shown. How “we are all family inside the office” really can get that “one-for-the-team” spirit roaring to get things done.

The issue is not the money, if it was, I could have asked for a bigger pay, very much like , my previous work, but you told me  you are a startup company, and I love underdogs. I love drawing. I love illustration. I brought my own laptop because the office has a shortage of computers to work on. The promised light box was not built so I made makeshift light boxes out of cardboard and glass to save the company on expenses. heck i even volunteered to do your AVP and training module videos, if you people had only taken the time to appreciate the fact that most of these things that I have done and offer are mostly premium services that would cost an arm and a leg. But I love underdogs, and I believed everything  you said. And often I put my work at the forefront, cancelling my trip home to the countryside just to troubleshoot problem spots in production. I thought If I take care of this, the work will take care of my family.

Or so I thought, darn gullible me.

They look professional enough though. Even won an award for these values books. Tall talkers and big spenders when it comes to dining clients and book launchings. Even provides food for employees.

But the delays and the seemingly inconsiderate manner you have treated people is what’s bothering me.  If salaries are to be delayed, would the rational, decent thing to do is to tell the employees that it will be? No, we waited and waited  only to be told “today is not payday, maybe tomorrow, okay?” . And the only time we spoke of any contract was during my interview. Up until the last day I finally got fed up, no one came to me, no sms, no email was sent informing me of my contract. The accounting is so lousy, I cringe every time the pay gets there on time, and errors are evident.

I was fool enough accepting that last folder of illustration as freelance. Again, I thought, well why not? But you evade the issue of that signed NDA copies that never came my way.  The late issuing of the folder was a red flag I dismissed. Until I finished the whole project and like a broken record – no one is asking me that the balance is ready if I’m finished with the drawings. Because that was the agreement.

I keep repeating  I need the copy of the NDA I signed, but if fell on deaf ears. I numerous times asked for a re-accounting of my salary when I was still a regular employee without a contract. Before hand I even moved from Novaliches, from which I was beginning to love, and found a  vacant room for rent here in Mandaluyong , so that I can be at work quickly.

Well, I swallowed my pride recently, because I left friends in your office that was tied to that balance payment. I had to accept it without the NDA I was asking for, so that the guys can make do of the unpaid debts. 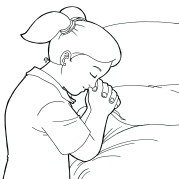 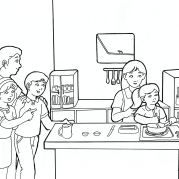 and the most bothersome is the late reply, after all the emails and text I’ve sent, which I never forget to mention I need that copy of the NON DISCLOSURE AGREEMENT I signed days before I even managed to remind them that I haven’t received the stories to be illustrated, this letter I got was so pissed off at letting down my conviction of not accepting the balance payment without the NDA, because my friends are in financial trouble, same as me. The letter was so . . .condescending, that I feel I need to include it here:

Again, that NDA issue was evaded, very cunningly, although I have been mentioning it. You probably know by now, since I sound like a broken record already.

How can you teach values, when valuable people get undervalued by your mismanagement? Writers got tired of it all much earlier. Some are staying for fear of not finding another job. Those computers never got bought, even though it was badly needed. And worst of all, you don’t have a Creative Director, nor a direction. You just hired a semi-creative wannabe as an editor, who if you have half the brain to discern, has taken production way back there since he came in. face it, you don’t have a system, and when artists get angry, you blame him for being unreasonable.

It’s your problem now. Good luck with the rest of the illustrations and writing you need for it. I’m tired of gritting my teeth. I blame myself for getting sucked in to your idea of production.